Facebook and its subsidiaries Instagram, WhatsApp, and Messenger suffered on Monday, October 4 from a global internet outage dragging along any application using the Facebook login feature.

Around 10.6 million problems were reported globally from users, but not only them were affected as the outage also disrupted the workflow of Facebook employees.

Facebook did not give a solid explanation till the moment of writing this article. However, experts suggested the reason to be an internal mistake or a glitch in the authoritative DNS routes.

Upon the news, Facebook’s stock declined by approximately 7%, leading Mark Zuckerberg to lose about USD 6 billion in mere hours.

Social media accounts from Microsoft, McDonald’s, and others joined in on the humor. 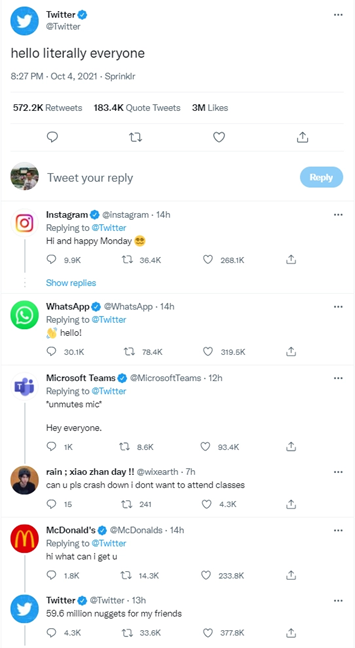 Twitter stock fell by 5.78% on Monday, but it was still trading within its normal range between 58.40 as support and 67.50 as resistance.

How did the six-hour outage affect the U.S. stock market?

The U.S. stock market fell between 1% and 2% at the time of the outage, as we can see in the chart below. 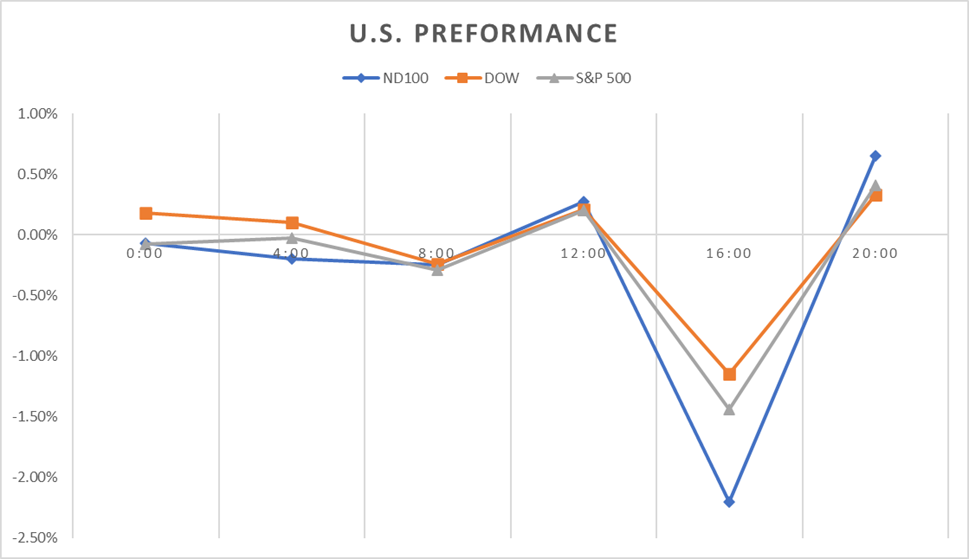 As for Facebook’s share price, it hit its lowest since June at USD 322.7 and ended Monday’s session at USD 326.23, down by 4.89%.
But Facebook’s series of unfortunate events may continue!

Have You Heard of Frances Haugen?

Haugen was a former Facebook employee who worked as a Product Manager for two years and left her job in May 2021. During her tenure, she gathered many files about Facebook describing how the social media giant is neglecting its responsibility towards preventing hate, violence, and abuse among its users.
Facebook is also facing a number of serious accusations, such as facilitating drug dealing and human trafficking and negatively affecting the mental health of teenagers.
In a series of interviews, Haugen stated that her team could not tackle these grave issues despite their attempts due to a lack of resources. Perhaps her most alarming statement was that “Facebook chooses profit over safety.”
This issue will most likely impact Facebook negatively as the platform could potentially be thoroughly investigated.